We have regularly included some of the best items we and our partners have come across.  We said last year we would look into the HR implications round encouraging pranks and fooling around in the workplace in a later post. Here is what we have picked up.  We have also included some general April Fool examples for your amusement (too good an opportunity to resist). 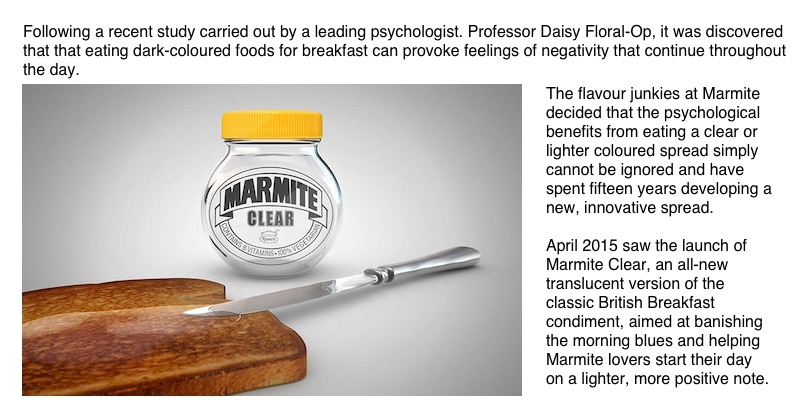 The history round April Fool’s day

Before we look at its affect within the workplace a bit of context round where it April Fool's day originated.  Some sources see it as a celebration around the turn of the seasons, while others see it originating from the adoption of a new calendar.

Ancient cultures, including those of the Romans and Hindus, celebrated New Year's Day on or around April 1 and in medieval times, much of Europe celebrated March 25, the Feast of Annunciation, as the beginning of the new year.  It is worth noting however, that many different cultures have had days of foolishness around this time of year. The Romans had a festival named Hilaria on March 25, rejoicing in the resurrection of Attis. The Hindu calendar has Holi, and the Jewish calendar has Purim. So perhaps there's something about the time of year, with its turn from winter to spring, that lends itself to these lighthearted celebrations.

There are no shortage of websites and sources that encourage pranks on April Fool’s day.  Some of our biggest companies and organisations have participated.  Google is well known for launching prank apps at this time of year.  Last year it was Pacman for Google Maps.  The BBC famously did a spoof news report in 1957, in its normally very serious and straight-laced Panorama programme, on the ‘spaghetti harvest in southern Switzerland (CNN has referred to it as “the biggest hoax that any reputable news establishment ever pulled").

There are even websites that advise you how to go about doing pranks within the workplace and on your coworkers.   Wikihow.com has a whole section on this (http://www.wikihow.com/Play-Office-April-Fool's-Day-Pranks).  Many newspapers widely publicise the better ones they see - the British papers seem particularly keen on this (don’t worry we include some of this year’s gems at the end of this post).  Interestingly, according to Career Builder, 32% of workers said they have either initiated or been on the receiving end of an April Fools' Day prank at work.  So its does seem to be fairly widespread.

However, for this post we are more interested in the workplace implications of pranks.  They can be harmless most of the time, but there are occasions when a practical joke in the workplace can have serious consequences for both employers and employees.  If you don’t think this can be an issue then there are a number of employment law cases where pranks within the workplace have led to legal action.

By way of example.  Within the UK, it has been established that employers can avoid liability for practical jokes in the workplace only so long as they it can be shown that the pranksters were acting on a “frolic of their own”, i.e. by doing something totally unconnected with their work.  Two cases illustrate this in contrasting ways:

Two mechanics removed a colleague’s trousers and inserted a rubber hose into his bottom - as a joke (ouch). The rubber hose expelled compressed air and surprise surprise, it caused serious injury.  The Court however found that the employer was not liable for the man's resulting injuries.  They gave as a reason that there was nothing that the employer could have done to prevent what was seen as such an unforeseeable action.

In this case, an employee’s wrist got broken when a colleague wrestled him to the ground by way of a practical joke. However it was established that the colleague was a known practical joker and had a reputation for playing pranks and that the employer had been aware of this for years.  The determination in this case was that the employer was found liable for the injury.  They gave as a reason that it was obvious to the employer that the joker posed a danger, but it had done nothing to prevent him doing further pranks.

As you can see from the above examples, people can and do get hurt from what were supposed to be pranks.  Employers can also be liable.  Treading a line between fun and hurt can be a very fine line in some cases.  With all the encouragement that exists out in the news and internet around April Fools pranks what can you do to protect your workplace?

The following paraphrases some general advice we have picked up that seems to resonate well with some of our partners.   In broad terms if you don’t have a strictly regulated or conservative industry, a little good-natured workplace humour can be a great thing for company culture and employee morale.  However, more conservative work environments should closely monitor and potentially deter any sort of mischief-making in order to keep the organisation legally safe.

So here are a few guidelines you might use with your people (remembering that every workplace is different and that legal obligations will vary depending where you are based).  Note; we have left out spelling out any consequences for non-compliance.

Seriously, just don’t do it... Every year some prankster will make the local news for a “hilarious” office prank gone horribly awry. Please be aware that illegal activities will not be tolerated.

Just don’t do pranks that put someone in harm’s way. Dangerous stunts and pranks can (and most probably) will backfire.  We could end up with an injured an employee and end up with lower morale throughout the organisation. Additionally, we could be liable for litigation - as could you if you are one of the perpetrators. Don’t put yourself in this position.  Take note of the health and safety rules about what is safe – and what isn’t.

It's supposed to be light-hearted and a bit of harmless fun. It shouldn’t demoralise, taunt, or degrade anyone.  Anything that is malicious and/or motivated by race, gender, creed, sexual orientation, or anything else of that kind will not be tolerated. People should not feel victims at the end of a prank or feel persecuted as a result of a prank.  It places both the organisation and yourselves at risk of litigation, its simply unfair and will likely have a terrible effect on morale.

We hope you had a fun (and safe) April Fools day.

Lastly, we could not do a post on April Fool without showcasing a few gems from this years crop.

Google - Search for your socks

Yes they do it every year.  This one is from their Australian operation. 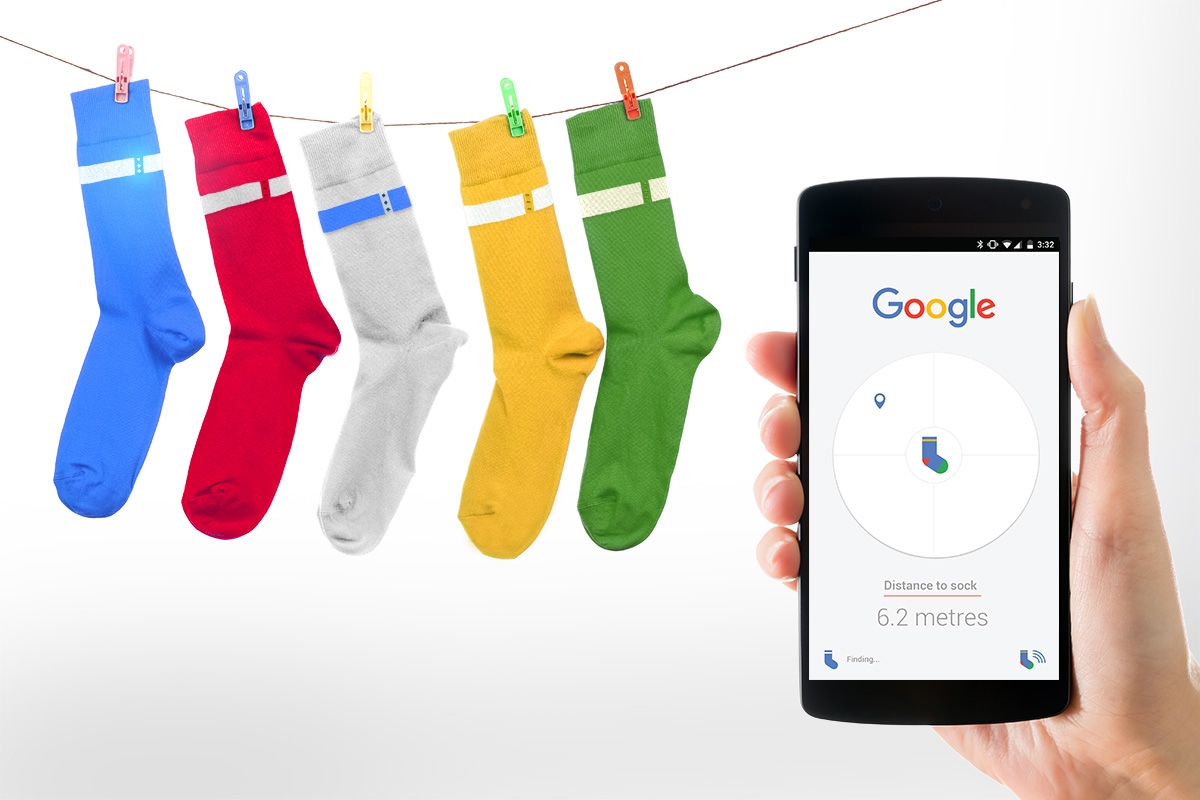 "Do your socks mysteriously disappear after you've done a load of washing?

This is a serious problem for many Australians, who end up with boxes and boxes of mismatched socks. Every year we have been resigned to add new orphans to the box… until today.

We’re teaming up with retailers across Australia to launch a new range of Searchable Socks — to organise the world’s undergarments and make them universally findable.  These new bluetooth-enabled socks are fitted with thin LTE beacons that wrap around the top of your lower calf, just like the coloured stripes you’d see on traditional socks. If you can’t find one sock, you can press the beacon on its pair and let the Google Search app on your phone pinpoint its whereabouts."

Falmouth in the UK - Under-sand Heating

"Gyllyngvase Beach in Falmouth is reported to be having under-sand heating installed to make it an all-year-round holiday destination.

The Falmouth Packet says the pilot scheme begins on 1 April and includes the installation of two large commercial gas boilers, 30 heating outlets and metres of under floor heating pipework installed.  A spokeman said The heating should keep the beach at a constant temperature of between 18-23 degrees Celsius throughout the year." 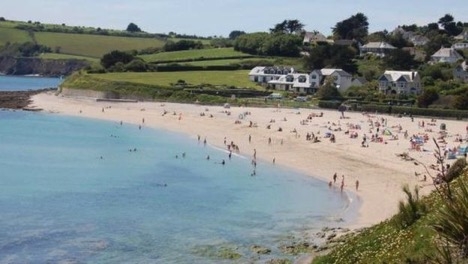 "The Amherst Police Department is proud to introduce "Dusty", our new Narcotics Detection Rabbit. Due to the fact that drug interdiction has become more difficult with criminals discovering ever new and smaller areas to conceal drugs, "Dusty" and his handler will be able to search vehicles and other small areas with greater accuracy." 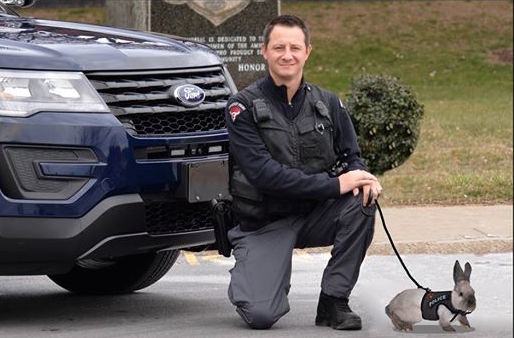 Please note that attitudes to April Fools day and legal implications will vary by location and the contents we are reporting may not be appropriate for your own workplace.  Please undertake your own legal advice and due diligence on this matter.