Are you a Boomer, Generation X, a Millennial or Gen Z

This all started with a debate about Generation Z and then progressed to which of the generations each of us fell into.  For the record I am 56 and I thought I might be Generation X (just).  But the others - obviously - thought I was a Boomer even though I myself felt I was Generation X.  You are as old as you feel - or so they say...   Anyway, you can see where you yourself fall in the generational groupings below, along with a brief commentary on some of the characteristics each is associated with.

Just in case you are wondering what I am talking about.  Age groups are given names (categories) so we can talk about them as a broadly like-minded body.  Most of us who work in HR, or related fields, will hear about Millennials, Generation X, and Baby Boomers all the time.  However, to me at least, it was never that clear what were the defining lines between each group.   As far as I was aware, these terms were fairly unofficial social constructs.  In the debate we had in the office about which group we all belonged to. We found we each, had a slightly different view of the lines that separated the generational groupings. So, to settle the argument we decided we would try and find out...

We can now reveal from our research, that in the USA at least, the American Census does actually define the "Baby Boomers" as those born between 1946 and 1964. Another American source, The Pew Research Center also gave us some more structure to these groupings with a set of guidelines that establishes where we all belong depending on our birth year. This is what they came up with: 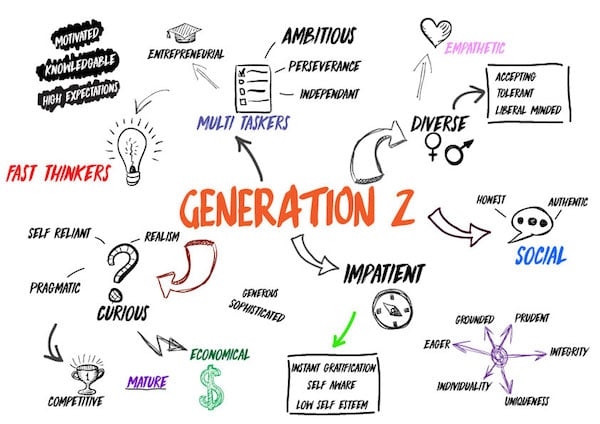 For me. According to this I am now a confirmed Baby Boomer.  However, at least I will not be labelled as one of the "Silent Generation". This was a new category I was not famiilar with.  It seems they attracted this category label from a Time magazine article in 1951 when tdiscussing those born between 1928 to the end of WW2.  In terms of their characteristics; the Time article said that the ambitions of this generation had shrunk. But, that it had learned to make the best of bad situations.  Another reference we have seen, says they were called the "Silents" as they tended to focus on their careers rather than activism and that they were particularly encouraged to conform with the social norms of the time.

Baby Boomers are so called as they resulted from the post WW2 baby surge. They are associated with a rejection of traditional values. Boomers are widely associated with privilege, given many grew up in a time of widespread government subsidies in post-war housing and education, and a time of increasing affluence. They have been described as the wealthiest, most active, and most physically fit generation up to the era in which they arrived, and were amongst the first to grow up genuinely expecting the world to improve with time. Interestingly they were also the generation that received peak levels of income and displayed increased consumerism (that has been criticised as excessive).

Generation X so its goes, were children during a time of shifting societal values.  It's said they tended to have reduced adult supervision compared to previous generations.  They experienced increasing divorce rates (from their parents) and increased maternal participation in the workforce. As adolescents and young adults, they were called the "MTV Generation". In the 1990s they were sometimes characterised as: slackers, cynical and disaffected. However research describes them in mid-life as now: active, happy, and achieving a work–life balance. They are credited with having more entrepreneurial tendencies.

The Millennials are generally marked by an increased use and familiarity with communications, media, and digital technologies. In the "western" parts of the world, their upbringing was marked by a much more liberal approach to politics and economics. The GFC had a major impact on this generation because it caused historically high levels of unemployment among young people, and leading to speculation about their possible long-term economic and social damage.  They are called the Millennials as they started entering the workforce in 2000.

The Pew Research Center call the group after the Millennials the "Post-Millenials" however you may also know them as "Generation Z".  Another definition we have heard that defines a Generation Z person, is that they were too young to remember 9-11 and the World Trade Centre hijack.  This happened in November 2001, so it fits broadly with their classification, as the oldest in the "Post Millennial" category would be 5. As a result, in America they are sometimes  referred to as the "Homeland" generation.

We are hearing a fair bit debate now about the new Generation Z.  Many will still be students.  But they are on the cusp of hitting the workforce in big numbers.  Will they be the same or similar to the Millennials?  Well - we are hearing from those who look at these things who think there is evidence they will prove to behave a bit differently.  An example given is technology.  Generation Z do not remember a time before mobile phones. Even smartphones like the iPhone have been around for most of their lives. Similarly they have grown up with social networking - to them its the norm. This and other areas is expected to colour their attitudes to work and employment.

Gen Z is a group we want to focus on and we plan to do another post later in the year once we have a bit more research to hand around how Gen Z compares with previous generations and how this may affect your strategies for recruiting and managing your workforce. So see later posts.