Well as the title of this post suggests, I think we are now at, or near, "Peak iPhone".  We discuss the iPhone itself below.  But it is not just the iPhone I think the term "Peak" applies to.  I think you can apply the term "Peak" more broadly to much of the IT that we all use in our daily and work lives.  However "Peak IT" does not sound as good a title as "Peak iPhone" and the iPhone is a very good and timely example of what we mean. 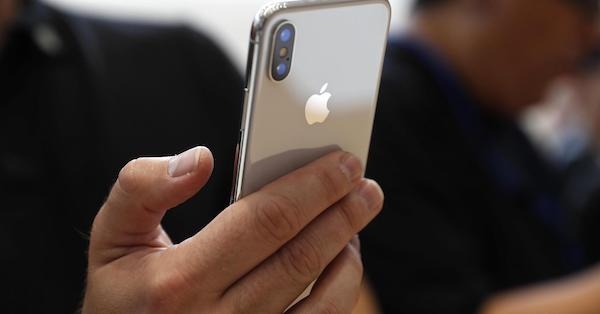 Why did I single out the iPhone?  Well the iPhone X launched only a couple of months ago (3rd November - to be exact - some two months ago).  As you would expect from Apple, it was widely heralded with much press and marketing attention.  However, the news out in the last couple of weeks, suggests the iPhone X has not sold in the numbers Apple originally expected.  There are now reports pointing to Apple looking to halve the production run to 20 million units (see note 1).  And this, after just two months that included the Christmas spend.

One of my friends got an iPhone X just after release.  It's a fine phone.  It looks great, has some new features and it is the fastest iPhone yet. However...  And here is the rub.  It's really not that much faster than other recent iPhones.  And, as you can find in real world tests on the internet, the older Galaxy Note 8 can open some web apps and load websites faster. It's also very expensive - $1000 USD, $1000 GBP, $1600 AUD or $1800 NZD (rounded prices).

So what we have is (a) the most expensive mainstream smartphone yet launched, (b) one that is - in the real world at best - only overall marginally faster than cheaper models, and (c) one which is reportedly not selling as well as expected.

This is what I think we are seeing.  New technology is not really adding as much as it used to.  Smartphones are now a well established product category.  The advances are not a great as they used to be.  So, here is the real question. Is the new iPhone X really offering much more than older models? (see note 2).

I think increasingly, many of us are saying; no it doesn't.  Perhaps you are also thinking that; actually my iPhone, or Android for that matter, does as much as I really need it to, and I don't see much extra benefit from the newer (more expensive) models. I note there are some market reports that support this.  In the UK as an example, consumers used to replace their phones every 20 months, on average.  This has now dropped  to every 29 months (see note 3).  People seem to be staying with their current "tech" for longer.  In effect, they are not replacing items as fast as they used to. 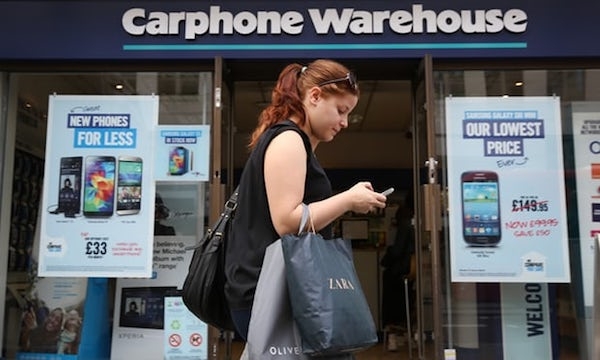 Are we at Peak IT?

Let's move from the iPhone and look at the PC by way of another example.  Most PC's use Intel chips, so they should have a good view of what is happening.  In 2016 Brian Krzanich Intel's CEO publicly commented that "[The] replacement cycle for the PC has extended. "Four years was the average, now it has moved to about five to six years."

This chimes with our own view and experience.  We use Macs here at the office and one of our laptops was bought as far back as early 2010.  It's 8 years old. To be fair, it has had some upgrades since bought, and it has had its battery replaced.  But, it still runs at a good speed and it can still operate with the latest version of Mac OSX.  Financially, we write-off our computers over 3 years. This is a typical period according to what we see in our clients and partners, and also confirmed by our accountants.  However, the current reality is that most of our; PCs, Servers, Tablets etc can last much longer than 3 years.  Maybe even on average twice as long if not longer.  It seems phones are now going in the same direction.

If you really think about the differences between what you use your PC for now, as to what you did with it a few years ago.  The major difference - I think - is that you are probably using more cloud-based services now than then.  The Cloud and AI have been the two 'big-things' in IT in recent years and even AI itself, is generally supplied through a Cloud Service.  And, one much touted advantage of the Cloud is that IT resources are off-device i.e. you don't need a hugely powerful device to use them.

What this means, is that for most people, in terms of the devices they use and their replacement cycle. They can keep them longer and won't need to upgrade as frequently as they once did. What it will mean for the likes of Apple, Intel and others going forward is less certain. However, by way of a somewhat contrary point; we note Apple has just posted the biggest quarterly profit of all time ($20.1bn) and this, despite the recent fall in iPhone sales.  Maybe we are also near Peak iPhone profits too...

2  there are over 7bn mobile phones now in the world with around a third, smartphone users