This post looks at digital skills and what we are seeing in our markets.  It is mostly UK/USA and Australasia centric reflecting the research materials which we have ready access to.  However at a more anecdotal level we think the broad thrust holds true for most of the "developed markets" that we deal in. Do let us know however if you have more to add or think we have got this wrong. 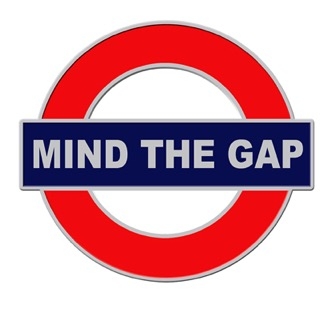 The UK has always been in a 'bit of a lather' round digital and how well equipped the country and business is to prosper in the digital era. You can find lots of articles there on the "digital divide" or the "digital skills gap".  The latest people to bang this drum are "Go-on",  a charity with the mission of developing digital skills within the UK.    Their research is public (their site is at: www.go-on.co.uk) and they have some interesting messages.  According to them, over 12 million people and 1 million business in the UK don't have a sufficient level of digital skills to readily engage with digital information technology. That’s a lot.  Especially for an economy that has a lot of IT and knowledge-management jobs.

Our systems support many IT/digital businesses. We both consult and we also get out and about supporting our partners across their clients and I think we have a good appreciation for the issues facing recruiters looking for candidates with IT or digital skills.  Our findings?  Well, with digital an increasing part of everyday life you really would think it would be getting easier - but its not. Good digital skills including the ability to effectively use IT systems and to readily understand and analyse information in digital form seems to be lacking with all too many candidates.  Messages like this, from Go-on, show that despite a widespread perception that digital information technology is becoming all pervasive, many people are struggling.  All too many simply - and this includes the new Millennial generation - don't have the level of skills in this area that businesses are increasingly looking for.

Are you a bit surprised by this?  Did you think the younger generations had this in the bag?  Maybe it's just a UK problem? Well research with students in Australia, found there has been a material decline in IT literacy since 2011.  When they then looked at children, and particularly their skills with tablets and smartphones, they found these were different to the basic technology skills required in the workplace. Their resulting message was to warn against assuming that children/students who use tablets and other portable devices were more widely competent with information technology.

We know this sounds a bit counter-intuitive.  It runs against much of the press comments round the younger generations and especially the Millennials; that they are digital savvy and understand IT and digital information.    So lets assume you need a bit more convincing.  In 2013 the AMA (American Management Association) found when they measured analytical skills that Millennials scored - on average - significantly less than both Generation X (ages 30-50)  and Baby Boomers (ages 50-70).  Generation X scored highest - followed by Baby Boomers and finally Millennials at the bottom.  Their conclusion:  “despite their familiarity with technology, Millennials aren’t seen as having equal analytics savvy,”

More recently, PWC sponsored research found that three-quarters of CEOs interviewed (some 1,300 across many developed countries);  ranked skills shortages as the biggest threat to their business.  That is 10% up on 2014 - so its getting worse with the new generation, not better.  Digital Skills play a big part in this, as expressed in their commentary: "The digital age has transformed the skills shortage from a nagging worry for CEOs into something far more challenging".

Its not just Millennials however.  Looking at the workforce in general, it appears the world of work is increasingly divided between jobs that require digital skills and those that don’t. And the numbers of those that don't is declining each year...

A report by Burning Glass earlier this year (USA) found that middle-skill jobs that require digital skills (basically jobs that need more than just a high school education but not necessarily a degree) are outpacing those that do not:

They have nice infographic - see enc: 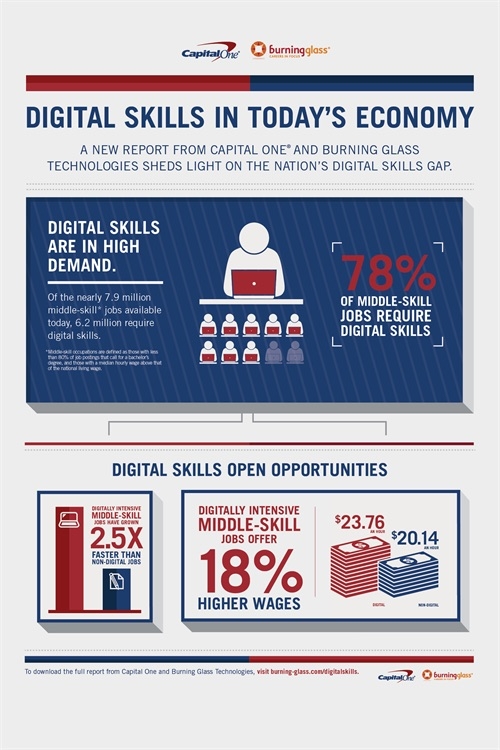 So what does this mean for employers?