We have been meaning to publish this post for a while.  We get quite actively involved with our campaign sites and systems in helping our clients recruit "Millennials" or "Gen Y".  Our systems manage programmes for graduate intakes, apprentices and interns, so we have been keen to understand motivations and behaviours of this group - particularly from an employment perspective.  So it's an important group and there are lots of perceptions real and imagined out there.  We think it is worth questioning your work practices as to how they might fit this generation.

Note, we are always wary of applying a group generalisation to individuals - the generalisations here are necessarily broad and certainly will not apply to many individuals.  So please be circumspect in how you may interpret and apply the material enclosed. 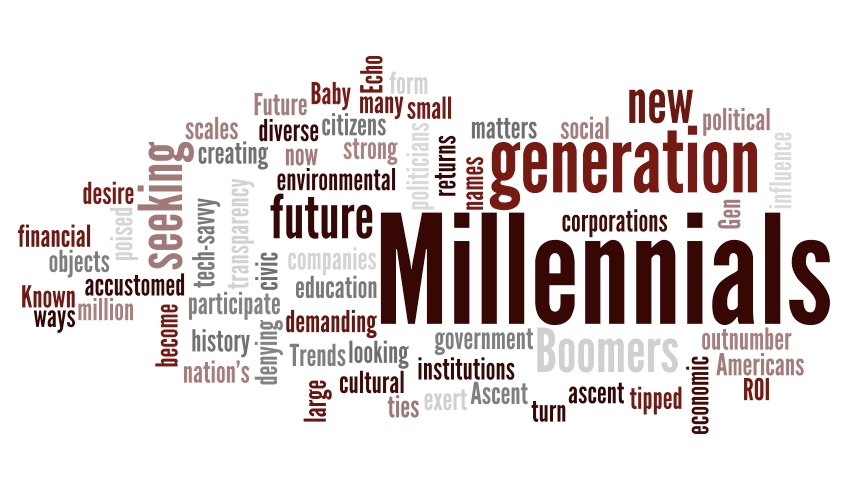 By its very nature this post does contain some generalisations.   We are after-all, looking to discuss them as a group and think of them as being more heterogeneous than the individuals they all are.  You can be the judge as to whether the generalisations hold true, or not.  But first things first.  Who actually are the "Millennials" as they tend to be called in the US or "Generation Y" as we call them in the UK?  Well that is open to some interpretation as we will see.   However most descriptions have them as; those broadly aged between 20-35, or those born from the 1980s up to the mid-to late 90s.

If, we look at the UK by way of example, this accounts for around 14m people.  Ok, thats a big number.  But what is the big deal, why look at these people and label them as a group, what is so different about them?   Well part of the answer is that every generation gets labelled.  Generation Y come hot on the heels of Generation X, who in turn proceeded what were called the "Baby Boomers" post WWII.

Each of these generations has faced a different work and social environment and as a group, have developed a propensity for traits that affect behaviours and motivations.  Understanding these can be useful in designing for our purposes work or recruitment programmes that will likely appeal to each group.  So, looking at each in turn; for the Baby Boomers, the cold war and rapid economic growth was what defined their coming of age; Generation X was born just as social and technological change swept the world in the 1960s; Generation Y as they have matured into adults however seem to facing what several commentators have described as a perfect storm of debt, high cost housing and joblessness.  So Gen Y - is an interesting generation...

Lets look at some of the traits most associated with being a Gen Y. 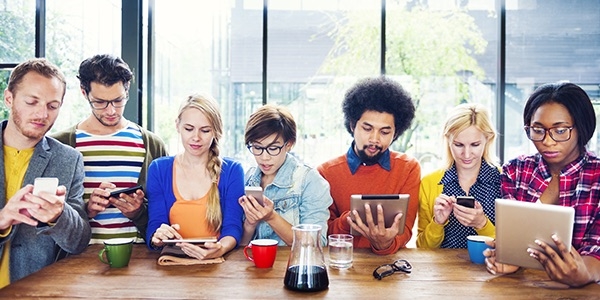 Yes they can use computers and IT.  Technology and IT devices have been pervasive since they were born.  Many commentators have said - this generation has a natural affinity with technology.   However as we ourselves have seen - and written about  - this accepted truism does not square with reports from employers who say digital skills shortages are holding back their businesses.  And before you ask, its not the older generations that were identified as the problem.  It was Gen Y.  Being a dab hand at Twitter and using a mobile phone evidently does equate with understanding IT and digital information.  The studies and research we have seen suggests that whilst Gen Y - as a group - is comfortable with IT devices and gadgets, they do not necessarily have the digital skills and understanding that will be useful to employers in the workplace.

Gen Y are associated with being less hidebound by corporate loyalty and rules and more open to outside experiences and work life balance.  They are also identified by some commentators as being more; civic minded, having a strong sense of community and traits of confidence and tolerance.  Others however, note aspects of individualism and entitlement.  What we think is broadly going on is that yes; Gen Y do like a cause and to feel that their work means something.  So from an employment perspective if you tap into that, then it will resonate.  However, this generation is also one that does not have the same natural instinct for corporate loyalty seen in earlier generations.  We note there seems quite a bit of evidence to suggest they are more job mobile and more prone to job-hopping.  From an employers perspective, this suggest you will likely have less tenure from your Gen Y intakes than you had in previous generations.  You should also consider their training needs - see technology above - and that they perhaps have fairly high expectations from employers.

There are more people actually in work than ever.  Work itself has never been more physically safe or been subject to more controls and legislation around worker protection.  So far so good.  However there has also been a significant downside for the Gen Y's.  In general terms, the financial rewards of work have got materially worse.   In overall terms, a Baby Boomer could buy a typical house for around 3 times income.   A Gen Y, in many cities would need closer to 10 times.  There is also a much bigger pay gap between those entering the workplace and the "worker" jobs and pay at the "executive" top end.  In the US, major CEOs used to earn 20 times the typical worker in 1996.  In 2014 it was 303 times...  What this means, is that in relative terms the financial rewards from working are not what they were.  Many Gen Y's may likely feel that property ownership and the wealth that they see some having, is simply beyond their reach.  Just looking at wages.  Spain is a dramatic illustration of the situation many Gen Ys can find themselves in.  There, they are called the "Mileurestas" meaning "mil euros" i.e. they on average earn 1000 euros a month.  This is not a high wage.  Post the 2008 financial crash it has actually got worse and many will earn quite a bit less than even this low figure.

A relatively new development has been the corporate Intern programme.  Popular with the multinationals, it has them recruiting - typically graduates - into short term work assignments where they work for very little.  However, they get the opportunity to get work experience with the firm and the chance to be recuited into a full time position.  Whilst, from an employer perspective it can look ideal with a ready source of very cheap labour.  On the downside, from what we have seen, these programmes only really deliver if they are well supported and give the candidate value back. Sadly this is not the case with every organisation that runs such a programme.  The world of work and its rewards are thus very different for this generation.

Education is more available than ever before.  However, now it costs more than ever - at least from an individual's point of view.  Typical Gen Y graduates now enter the workplace with what can be a substantial student debt from obtaining their qualifications.  Gen Y graduates will also face much greater competition than ever before.  There are so many more of them.  So being a graduate marks one out less and less. However this has not necessarily made them more employable.  In our experience, employers are now much more sceptical of the abilities a typical graduate can bring to their business.  For many, they routinely assess numerical competence,  communication and reasoning skills when recruiting graduates.   They don't reply that being a graduate marks one out as especially intelligent or as coming with the core skills that they need. 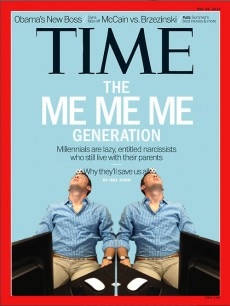 Gen Y are known to be looking for something that is more than just work.  They are described as wanting social meaning from their work or to feel a part of a cause.  However they also get described as being quite individual and "me" orientated.  They are sometimes referred to as "Generation Me" or as Time magazine described them as "Generation Me Me Me".  Perhaps though, the Germans have it right.  There, they are called "Generation Maybe".  They see them as not so much self-centred as implied by the "Generation Me" labe.  But as those looking for something amid many possibilities - but not quite finding it.  Employers say that this generation are more mobile and less likely to commit and settle down for long tenured employment.  When you consider that with house prices generally beyond their reach and (in the UK) with a quarter of them still staying at home with mum and dad, they have less ties to stay.  The internet has also opened up and publicised many more possibilities and choices, some more exotic than others.  A simple choice that gets often overlooked in our view by employers is part-time or contract work. From what we have seen, both seem to be quite attractive options for many.  Doing part-time study and part time employmen,t for instance, can make student debt more manageable.  Short term contracts may also work better for some who want to travel or who have other interests.

We think that employers need to think through what they are offering  the Gen Y group.  They should not expect that they will buy into what motivated previous generations.  At least not to the same extent.  A bit of creative thought and flexibility can often work wonders for making a workplace more attractive to particular employee groups.  As a parting example; accepting that people may want to do a bit of travel and letting them go without drama may well see you being able to take them back when they return.  We have found that Gen Y are particular receptive to well run referral programmes.  So whilst they may as individuals leave you business more readily, they can often be a source of good replacements who can be recruited at low cost and who are likely to be suited to the business.

One way or another they are a big part of the future - so making your workplace attractive to them and understanding their needs is well worth while.