You want a diverse and multicultural organisation.  You are looking for a workplace where men and women have the same opportunities and contribution; where disabled people also can contribute; and where race and ethnicity do not hold people back.  If you do - and we really do hope that you do - you will likely know that there is good research to support these policies.  Let alone the moral and legal arguments in their favour.  As an example, McKinsey research has shown that businesses that have higher diversity (gender, ethic and racial) are also ones that deliver better financial results.  Other research shows that when it comes to decision making, diverse groups are more effective than those that are more homogenous.

So, if the arguments for being more diverse are so strong.  Why do surveys of employees and candidates suggest that many employers are not delivering on the diversity agenda?  In this post, we are going to look at selection bias. Particularly where both research and our own observations suggest it might be both unintended and where you may not be aware that it is happening.  We also have some tips about what you might do about it.

A shout out to Google who have publicly shared some great resources on this.  See link at the end of this post.  The video above is theirs and full credit to them for making their experience available and for sharing some useful resources and toolkits.

Getting the "right person"

Lets start right at the beginning.  What sort of person are you looking to hire? This is the first hurdle.  It's just human nature to benchmark the new person against the last person to hold the position. It's also just human nature to benchmark against the person whom you think was most successful in the position in the past.  You might think, what is wrong with that?  The trouble is, that in many organisations, this will likely be someone from the dominant culture/gender/ethiciity.  As an example, in the Western European/Australasian markets that we mostly serve, this will likely be a white male.

The other hurdle to get over at this stage, is that it is also human nature to be biased to looking for someone who is generally like ourselves.  You might hear from your managers that they are keen to get "someone they - "feel comfortable" with".  This is likely a manifestation of a, probably unconscious, bias towards certain ethnic/cultural/gender/disability/age profiles.

So what can you do about this?  We suggest in order to overcome what is a likely inbuilt bias; that you should consciously within your recruitment and selection strategy seek to tap into different networks.  Linkedin groups and other social networking tools can be good to help you reach out beyond your immediate networks.     We  suggest that you spend some time looking at your Job advertisements and also the materials you use to illustrate people working within your organisation. In simple terms the language and tone used within job adverts affects the type of people who apply.

By way of example, language uses gender.  It's not just use of "he" and "she".  Many words are perceived to be either female orientated or male.  A classic example is using a word in your advert like "team" or "collaborative"  which will be more appealing to women whilst words like "leader" and "aggressive" appeal much more with men.  Your candidates are looking for clues as to what your organisation is like and how they might fit in within your workplace.  So, it should be no real surprise that they will be quick to pick up on cues within both your job advert and any supporting materials.  We suggest you make sure  the photos you use to illustrate your workplace and the text within your careers site/portal fully reflect your diversity goals.

Totaljobs, a job board we have featured before, did a study that analysed more than 75,000 job adverts for gender bias.  They found that adverts for industries like science and marketing were biased toward men, while those for industries like education and customer service were biased toward women.  We are not suggesting that you simply omit any words that might have a gender bias.  We do however suggest that you simply balance them out between e.g. male and female orientated words. If you are an IT company for example, you probably start your focus on looking for science graduates.  So, perhaps you might consider widening your scope.  If you solely focus on science grads then you will very likely find that you don't get many female applicants.  So why not also look for biology, sociology or psychology graduates.  After all, we know that you don't need to have been a science graduate to be a great developer -  as an example. 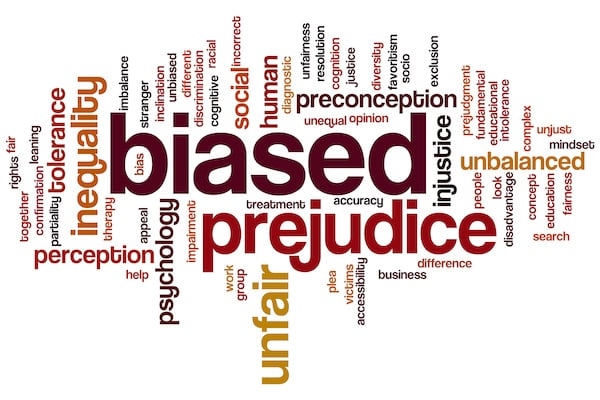 What about using technology to help?

Well we are advocates of that and we suggest you should make sure that your careers site and materials are all set so they do not induce a bias away from minority groups that you would like to attract.  However, going beyond that we do see more use of software in scoring candidates and in the use of machine-learning and algorithm based selection.  The trouble with this technology, in its current form, is that it needs "trained" on what is typically your historical data on recruitment.  This means that without considerable care the algorithms can end up reinforcing the stereotypes or the majority diversity profile.  It's a technology however that may mature and in time it may demonstrate it's effectiveness.  Howeve,r we have been looking into these tools for a few years now and in our view the implementation costs can end up being considerable.  For now it's really only the very large employers who can make a more effective use of it and even then some of the results have not been particularly encouraging.

Eventually, selected candidates will typically come into your office for a face-to-face interview. Sadly it is also human nature that first impressions really do count.  Our brains are wired to very quickly make an assessment of the people we meet and they do so automatically.  Appearance and manner thus plays a key role in candidate selections. One study found, for example, that being attractive was an advantage for people with mediocre CVs. Another study, from Leeeds Beckett University in the UK, indicated that if you are considered to be overweight or obese, you could find it more difficult to get a job. Obese women were particularly subject to negative bias. Interestingly, this study suggested that workplaces that provided perks like gym memberships could accidentally promote the belief among their employees that individuals are to blame for being overweight...

So, what can you do?

There is a lot you can do.  You could have a good hard look at the experience of your current "diverse" employees and customers.  Is your workplace and organsation one they woudl feel comfortable in?  Are your managers supportive of diversity? Another thing you could do that we believe will have a big effect is adopt Structured Interviews.

In a Structured Interview, the questions are determined in advance, asked in broadly the same order and it has scoring applied to the answers and results.  By way of comparison, the traditional "unstructured" interview is generally regarded as being a poor predictor of ultimate success in a job. We also hear that "unstructured" interviews are ideal for cultivating bias.

Tip - set the criteria and method of scoring in advance.  This may sound obvious.  But we see it happen a lot.  If you don,t do this then we believe you will find, that however well you have crafted your structured interview, that the results will likely get twisted.

Another tip is to interview candidates close together.  It's hard to assess when you don't have something to readily assess against.  There is some research evidence to suggest this helps.

Lastly we featured a Google video above.  They have some exclent resources that they are sharing publicly.  We do like what they have done and the efforts they are making.  See below for the URL where you can access these - free- resources.

Resources
Google - some very useful resources including a prinmer on research and a toolkit to run your own workshops + some useful videos. https://rework.withgoogle.com/guides/unbiasing-raise-awareness/steps/introduction/