This post was inspired by a discussion on the Harvard Business Review (well done guys - a great set of publications).  Its about how people come across and get understood and considered when they use their voice or spoken communication versus the written word.  This provides some interesting perspectives for recruitment as you will see.

Here is a thought.   When you’re trying to convey your ideas, making sure you are understood or trying to get a job.  Is your best ally your own voice...?

The research results we have seen from the HBR suggest that your voice can make you appear smarter. 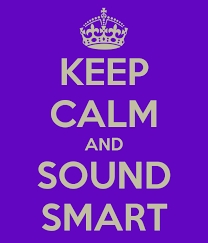 The research looked at how people discern what’s going on in others’ minds despite the fundamental human inability to directly observe another’s thoughts, beliefs, or motivations.  One experiment relevant to us, involved students in the middle of recruiting season.  They were asked to prepare a spoken pitch to their preferred employers explaining why they should be hired - which was recorded and videotaped. They were then asked to prepare a separate written pitch.  Evaluators where then asked to watch the video, listen to audio, or read a transcript. The evaluators assessed the candidates’ competence, thoughtfulness, and intelligence and reported how much they liked them and how positive an impression they had made. Clearly judgments like these are of fundamental importance for hiring decisions for most employers. Finally, the evaluators reported on how interested they would be in hiring the candidates if they were considering them for positions.

In comparison with those who read the transcripts, the evaluators who listened to audio pitches judged the candidates to on average have greater intellect (to be more rational, thoughtful, and intelligent). They also said they liked the individuals more, that they had gained a more positive overall impression, and — perhaps most important — were more interested in hiring the candidates. Those evaluators who saw the videos were also favourably impressed, but there was no significant difference between the evaluations of video and audio.

When the HBR asked samples of students to predict whether their intelligence would be judged more positively in speech or text, they expected no meaningful difference between the two. However when given the choice between providing - in a recruitment situation - either a short typed pitch or using audio, roughly half said they would prefer to provide a written pitch.  Thinking, a transcription of a spoken pitch might be thought of by the students as less-than-compelling, the HBR conducted another experiment to test whether the results of a written pitch would be similar to those of a transcript. This showed that a person’s mind is indeed conveyed through the voice.  In comparison with either a transcript or a student’s carefully written pitch, a spoken pitch led to more positive impressions of a candidates’ intellect and more hiring interest.  So audio trumps written...

Just to check whether these insights held in real life.  The HBR asked recruiters from companies such as Microsoft and Goldman Sachs either to listen to a candidate’s audio pitch or to read a written transcript. On average, they too judged a candidate to be more intelligent, likeable, and employable if they heard, rather than read, a pitch.

So it seems clear that in recruitment at least, that hearing from candidates tends to generate a more positive impression in the minds of recruiters. This has implications for screening and selection, especially if your are doing telephone interviews/screening and comparing results to other candidates who you might be considering for phone screening based on written submissions.  Its also well worth considering the effect it has on hiring managers, if for example they are asked to rate applications from candidates, some of whom they have interviewed or spoken to, versus others who have only provided written submissions.

The voice is a tool that has been honed over the course of human evolution to communicate what’s on your mind to others. Without even thinking about it, when you speak you naturally flood your listener with cues to your thinking through subtle modulations in tone, pace, volume, and pitch. The listener, attuned to those modulations, naturally decodes these cues. That’s why if a candidate claims to be passionate about a prospective job, hearing their passion may be more convincing than reading it. Written text may not convey the same impression as voice, because as the HBR surmised ‘it lacks a critical feature: the sound of intellect’.

Abridged from the HBR 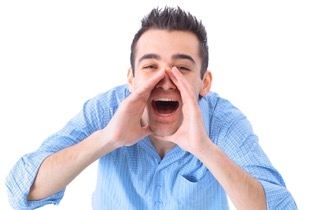